This Program is designed to raise the general public's understanding and knowledge of the benefits of seat belt usage, child restraints, and Montana's seat belt laws. 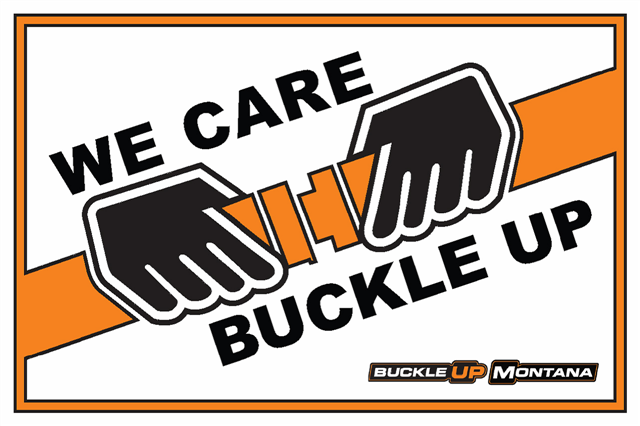 You can remind your employees and customers to buckle up.  The Butte-Silver Bow County Buckle Up Montana Coalition is offering these FREE "We Care- Buckle Up" parking lot signs to area businesses.  The are printed on aluminum and suitable for posting outdoors. 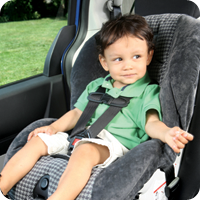 Children aged 4 to 8 who are properly restrained in Belt Positioning Booster seats were 45% less likely to sustain injuries than similarly aged children who were using the vehicle seat belt.
Journal of Pediatrics

Find Out if your child's safety seat is installed correctly